How to Get Started Building Mobile Apps With Meteor 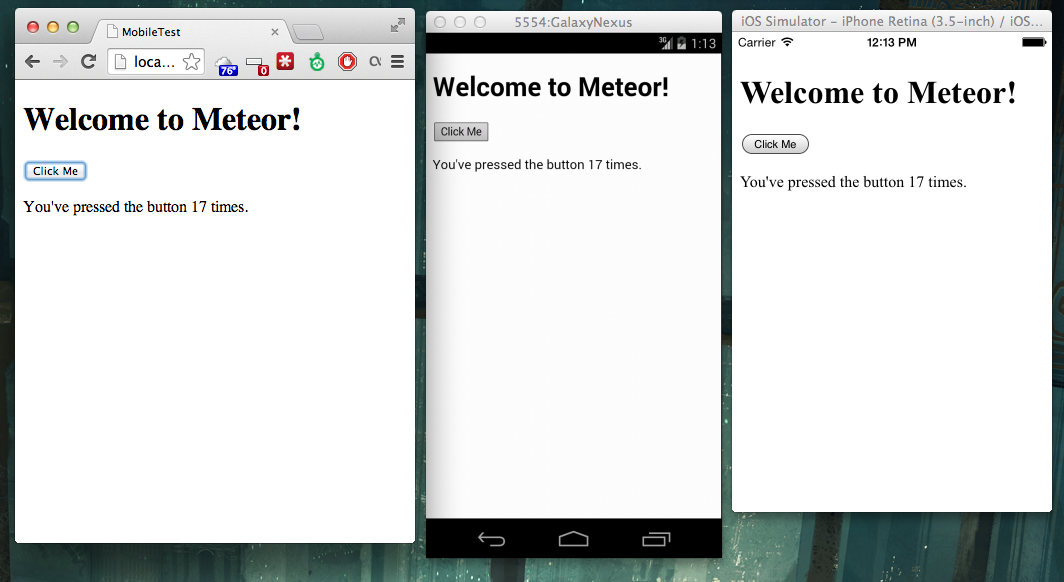 Meteor recently announced the ability to create mobile apps for iOS and Android using Cordova. This short guide will show you how to get up and running quickly.

To build an app for iOS first you will need to install the latest version of Xcode.

. The Android Environment will be installed by Meteor during the build process so there is no need to manually set it up.

Create a project called MobileTest in the current directory

Upgrade the Meteor project to use the Cordova Preview build

Then add the package required to build an iOS app

Finally run the app on the iOS simulator

Then you can run the app in the Android Emulator